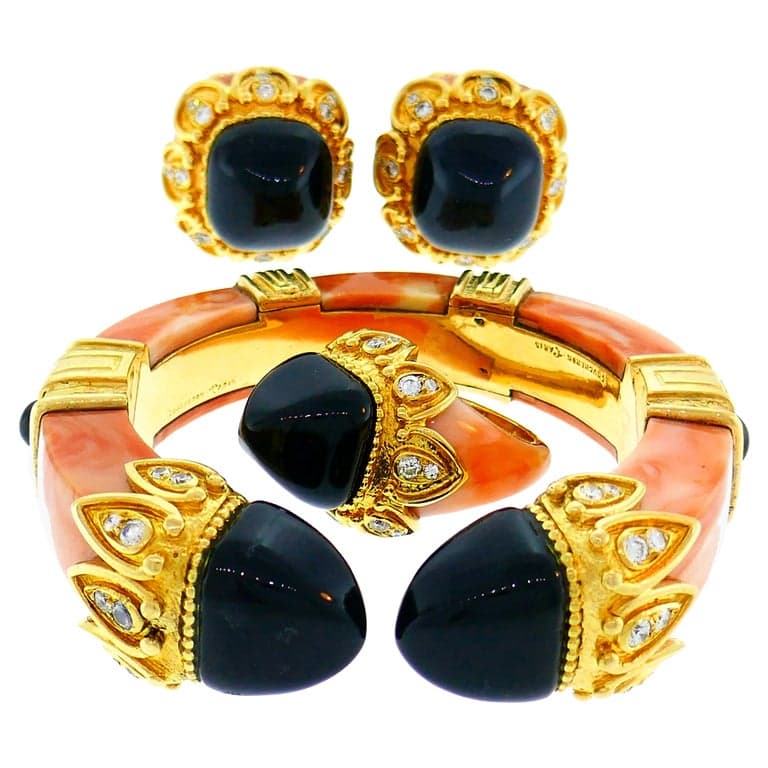 – In 1983 the location for Boucheron’s first store in Paris was selected because it was the sunniest corner location. Boucheron believed that his diamonds would sparkle even greater with the bright sun, and he was surely correct.

– Boucheron was always a family owned business until Gucci acquired them in 2000.

– Boucheron is known for their art-deco designs that still compete with the finest of modern jewelry today.  Back ‘in the day’ Boucheron was the ‘go to’ jeweler for royalty such as the Queen of England, the Queen of Jordan, the Queen of Egypt, and others.

– One of Boucheron’s most famous designs was the snake motif in the 1970’s. Other designers that have collaborated with Boucheron include Alexander McQueen, Waterman, and Girard-Perregaux.

– It is interesting to know that Boucheron has it’s own criteria for evaluating diamonds. It is registered as B.I.R.D. (Boucheron International Rating of Diamonds). Their method of evaluation is based on two criteria: the degree of clarity and the color of the stone. It is at the point where these two variables collide, where the stone is rated between 90/100 and 99/100. A rating of 100/100 would indicate perfection.

Boucheron also uses cabochon stones unlike many other luxury jewelers, although they use faceted stones of course as well.
Their perfume bottle even simulates a cabochon Sapphire.

Boucheron’s counterparts include such luxury brands such as Cartier, Faberge, Bulgari, Tiffany, Van Cleef & Arpels, David Webb, Harry Winston, and alike.  If you or your estate has fine jewelry that needs to be sold for any reason, contact us for assistance and an estimate of value. We also can provide appraisal services for any fine jewelry, fine art, classic cars, or other luxury items. Let us know how we can best serve you.